With the one-year trial of the WBSC Pitching Rule for competition in U16 Male and U19 Female age groups and above, several questions have come forward regarding the interpretation and application of the rule. Below are some interpretative comments that seek to address some of the common questions.

The 2 to 5 second pause in the WBSC rule is only applicable to those categories included in the WBSC pitching rule trial. These include U16M / U19F and above categories. All other age groups will continue to be covered by the Softball Canada rule, which demands a 1 to 10 second pause.

Umpires should strictly enforce a full two second pause. While the one second pause in the Softball Canada rule has been interpreted to simply mean a complete stop, the WBSC rule purposely demands a full pause for a minimum of two seconds. Umpires should also focus on enforcement of the five second maximum. Pitchers cannot wait out the batter, delaying for them to relax before beginning the pitch.

The pitcher may take a signal from the catcher with one or both feet on the pitching plate. After taking (or appearing to take) a signal, they may step back and then bring their hands together or they may carry out both actions simultaneously. The pause does not begin until the joined hands come to a stop in front of or at the side of the body (hands must be visible to batter) and the feet and body are still. Once the pause is established, all movement must be forward with the pitch. Any backward movement after the pause will be a violation.

As with the Softball Canada rule, the pitcher may continue to make adjustments of the ball and their hand within the glove during the pause. 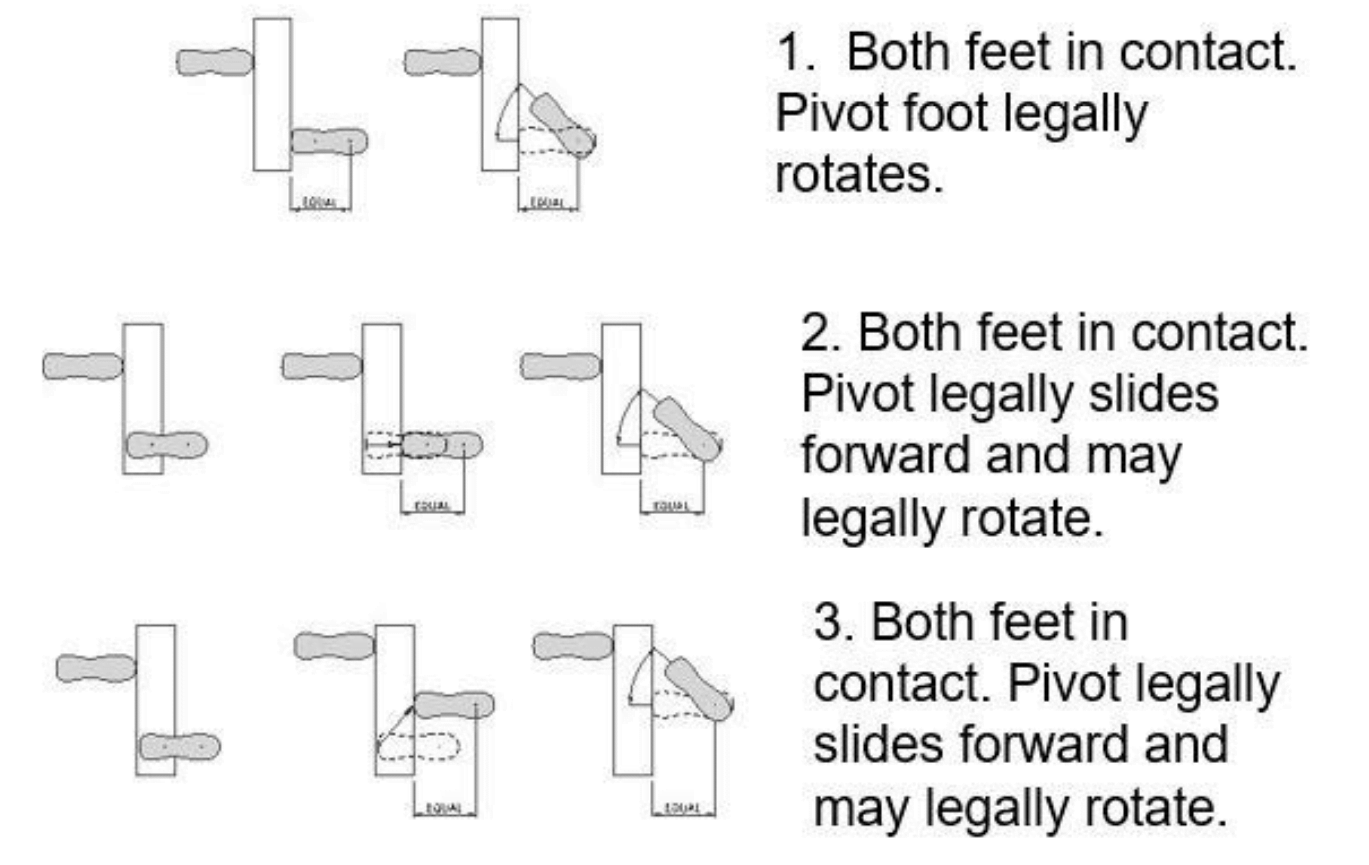 Play A: After establishing their feet and taking a signal from the catcher, a pitcher brings their hands together, stops and immediately (less than two seconds) begins the motion to pitch.

Ruling: This is a violation. Primary jurisdiction for this offence lies with the home plate umpire. If it is a first offence, the umpire may elect to issue a warning. Subsequent infractions shall be enforced.

Play B: A pitcher has both feet on the pitchers plate. After taking a signal from the catcher, the pitcher steps back and then brings their hands together to begin the pause.

Ruling: This is a legal action. The pitcher’s movement to step back preceded the pause.

Play C: A pitcher has both feet on the pitcher’s plate. After taking a signal from the catcher, the pitcher brings their hands together in front of the body and initiates a pause (hands, feet and body coming to a stop) prior to stepping back with the non-pivot foot.

Ruling: This is a violation. Once the hands come together in front or at the side of the body and their feet and body come to rest, this would be considered the start of a pause. The start of any backwards movement of the feet after the pause has started should be enforced as an illegal pitch.