Softball Alberta prides itself on having highly qualified umpires officiate at their competitions. 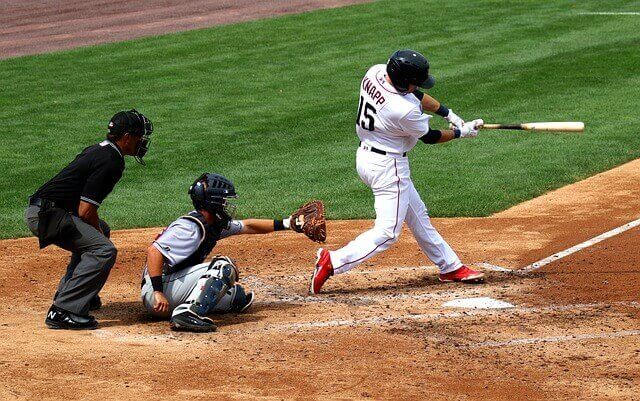 HOW DO WE CHANGE THE CONVERSATION!

Softball is our game!

We happen to share the game with a few other umpire associations in Canada and the USA but in the end as a “community” we need to “change the conversations” we are having so as a collective group we recruit the “right stuff” into the Umpire Community.

What I suggest by “change the conversation”, is we need to let ALL the stakeholders (including Softball Alberta) know they have a role in umpire recruitment, development and retention.

Leagues – they have to fund their leagues to ensure that Slowpitch and Fastpitch alike can field two umpires. This is imperative to mentoring and retention!

Coaches – they have to understand “bad judgement” is more often than not “poor positioning” so we need teach coaches to go at the umpire to the correct poor positioning!

Teams – they have to play hard at every game. Anyone seen a board umpire where the teams are passionate and “in the game”?

CAN WE ASK BETTER QUESTIONS

So how do we get the stakeholders engaged into the conversation that we need to be able to field two umpires on every diamond?

Does it starts with the umpire community as a whole covering league ball, [not necessarily tournaments where teams are trying to maximize revenue (fund-raising)] demonstrating the real benefits to field two umpires during league play. Better umpires – better calls.

How do we get Softball Alberta coaches educated to understand the correct position for a call at each base? How do we get the coaches asking different questions on a close call and supporting the use of the correct position? If they know where the umpire should be and the umpire makes a bad judgement call – being a long ways from where they should be – do we want the coach talking about the bad judgement or about why the Umpire is not in the right spot to see the; leading edge of the bag, the ball, the defensive player, and the offensive player as the play develops?

How do we get new umpires into the fold that have the love for the game VS a love of the dollar?

Is “that umpire” [the one that loves the game] out there walking around or is that umpire created once we get them into our program? Is the love of the game come because of the support we have when we have two umpires on a diamond working to together, covering for each other, talking about the right things at the pregame meeting, on the line and after the game.

I find it interesting that a lot of our marketing to prospective umpires focuses on the monetary reward of being an umpire. If this is all there is and for that umpire if there is not enough money then we lose the umpire I guess? So what about the team building, the friendships, the time around and away from the game? Should this be a larger part of the conversation?

So how do we talk more about the mentoring we do, the team building that happens, the mistakes, the laughs, the struggle to get it right? How do we get the other associations talking about what we have been known for through-out history, why is an umpire called BLUE. There was a reason…. How many umpires were on the field at a game to develop this level of respect. So what changed? What are we allowing to change. Why are letting the game change weakening what was the strength of the game… BLUE?

How do we refocus on the time senior umpires dedicate by coming early to the diamond and leaving late from the diamond – to develop a pregame meeting and then the post game debrief? If you talk to the senior / retired umpires they will tell us that in the old days the crew got together to talk about the games before and at the end of the evening; they talked about, rules, mechanics and stuff that just happened. They shared a common value to get it right. Sometimes the conversation was for a laugh, sometimes to drive home a potential problem. How many of us take that time? How many of us are too busy? How many of us are more interested in the money per game and getting home after “work”? Is umpiring a part-time job “work” or a hobby? Where is the passion in each of us?

So how do we refocus our recruitment efforts, do we know what our predecessors did? I have tried to find the “one-link” the “simple answer”, may I suggest there is – no “simple answer”. Recruitment is a conversation!

I suspect at the end of the day there are not many long-standing umpires that umpire for the money? The money is nice, but I suspect the real reason each of us umpires is very personal, and has less to do with the money than it does something else.

So how do we bring this personal reason passion into the marketing messages we use to recruit new umpires and talk to our existing umpires?

How do we change the conversation….

How do we add folks to the conversation….

Who do we target in our conversation….

When is the right time to have the conversation….

It is personal. It is about us as a group. Our team, our legacy as BLUE.

Maybe we need to add other conversation points sure, my role as I see it going forward as your selected Chair for recruitment and retention is to help facilitate these conversations to enhance our message. To really point out one important point. Umpires are called BLUE for a reason. It isn’t about the monetary reward.

Help us make it personal to; the leagues, the coaches; and players – our stakeholders!

This is not the umpires sole problem, the conversation we have is!

So let’s think about how we change the “conversation”. That is clearly in our power!