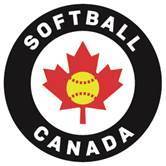 Both the Men’s and Women’s Championships are going to be run this year with a 2 umpire system.Getting the required crew members for the events will still be difficult in light of the location of the event in Whitehorse, Yukon. If the projected number of teams register for the event there will probably be a crew of 10 officials for the Men’s event and a crew of 6 officials for the Women’s championship. Advancement to Level 5 will still be possible at the events.