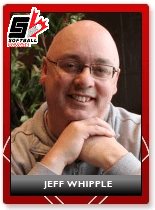 (Ottawa, ON) Softball Canada is pleased to announce that Jeff Whipple (Fredericton, NB) has been reappointed as Softball Canada’s National Director of Umpires through the 2017 season. Whipple took over the position from Brian Van Os in 2013. Under Whipple’s direction, the Officiating Development Committee (ODC) has focused its energy on improving opportunities for umpires through their Umpire Program Review Committee (UPRC) initiative, examining every aspect of Softball Canada’s world-class umpiring program including the increased use of technology and a focus on umpire education.

“I am lucky to work with such a great team on the ODC” said Whipple. “Our program has consistently produced highly successful elite umpires and our goal is to maintain that success while continuing to strengthen our domestic program. The priority over the next few years is to focus on continuing to build an inclusive program that values the potential in everyone, including youth and females.”

“Softball Canada is extremely pleased to have Jeff Whipple returning as our National Director of Umpires for another two-year term” stated Softball Canada President Kevin Quinn. “Jeff has brought several new ideas and new initiatives forward in his tenure and has promoted the use of technology in both our officials training and communication with our membership. I am confident Jeff will continue to grow our program through his hands on approach and his willingness to work collaboratively with our Officiating Development Committee.”